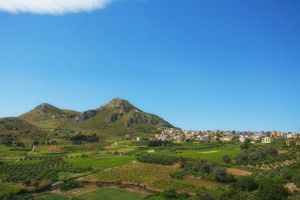 It is probably the largest town in the Regional section Municipality of Heraklion of Kallikaratis, located 19.4 km from Heraklion and is built at the northwestern foot of the Rocca hill (height 507, 40 meters) in altitude of 350 meters.

The wealth of the town is proportional to the richness of the story of the Prophet Elijah. We know that here was chosen and built the "capital" of Crete after the recapture of the island from the Byzantines in 961, who won from the hands of the Saracens who had won (823 or 828). Therefore, the position can be said with certainty that ''host'' village during the Second Byzantine period. 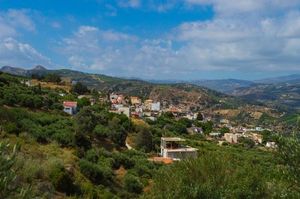 Famous village of "Parakandias" with a rich history and tradition. It is 14 km from Heraklion and is built on an altitude of 569 meters on the Western outskirts of Youchtas "besieged" by many vineyards and olive groves. Most residents of the village are the refugee origin.

In 1305 and the earliest mention of the village, delivered the information that there are two old churches, Agios Silas (Agio Sila) and Mary (Santa Maria) which were destroyed by the earthquake of 1303 and reconstructed from the Rogerius de Rogerios with the help of residents. 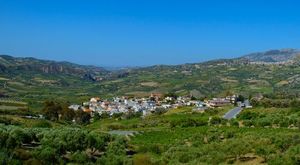 Kiparissi is a village of regional Municipal section of the municipality of Heraklion, in the province of Temenos in altitude 220 m. with nice views in the 22nd mile of the road to the Prophitis Elias. The inhabitants are engaged in growing and viticulture.

Quarry was discovered accidentally in tomb of the first Subneolithic period in rock pit, where incised linear decoration vases, a figurine in the shape of boat, many small knives from obsidian and various copper objects (particularly knives) that illustrate the long habitation of space. At the peak of the Hill "Deeply" also covered a large rectangular building.