The Church and the Museum of St. Aikaterini

It is the church of the Monastery of St. Aikaterini of Sinai and it is situated in the northeastern corner of the square of the cathedral church of St. Minas. It is a type of basilica with a vertical aisle which the northern part has been formed, with a dome, into a chapel of Sts. Deka. The church has been established in the 2nd Byzantine period and it became a spiritual and cultural centre from the 15th to the 17th century. With its income, the church was in a position to support a number of monks. During the Turkish period it was changed into a mosque, known by the name Zoulfiakar Ali Pasha. Today it houses an exhibition with representative art work of the Cretan renaissance amongst which a special place hold the fine work of Michael Damaskinos. There is also a collection with ecclesiastical vessels, books, sacerdotal vestments and frescoes that have been placed there from elsewhere. 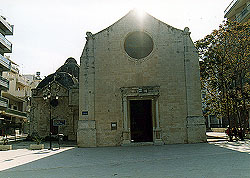 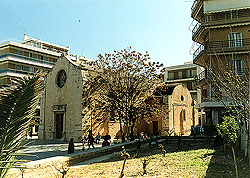 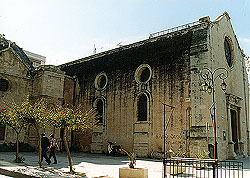