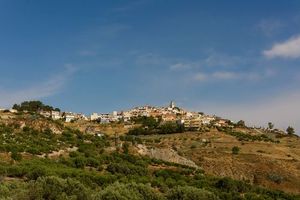 The municipal district of Heraklion town with rich history and tradition, is built on the ancient two hills Rafkos (one out of 100 cities of Homeric Cretan Ekatompolis) with panoramic views from all points of. It is 18 km from Heraklion and has an altitude of 440 metres.

The Rafkos was autonomous and powerful State with its own currency, a member of the Alliance and an opponent of Gortynias Knossos and the neighbouring Lykastoy with troubled historical journey. 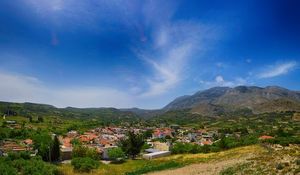 A village in the municipality of Heraklion with the ''Kallikratis "in a beautiful natural environment with great history and tradition.

In a document of 1393 first time encounter the name of the village and all recordings made in Crete from 1577 onwards. Etymology of the Assini or Assites (= from Assos, a city of Mysia) soldiers who settled in the region after the reconquest of Crete by Nicephorus Phocas (961). 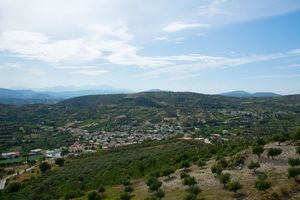 From the villages of regional municipal units Heraklion the Kato Asites (Asites) away from the city 22.8 km at an altitude of 459 meters on the eastern slopes of Psiloreitis. The village can be reached by following the route Heraklion - Agios Myron - Pirgou - Kato Asites.

The name of the village comes from the installation of soldiers from Assos in Mysia who served in the army of Nikiforos Fokas and settled permanently in Crete after its recapture by the Byzantines in 961, and therefore the correct spelling of the name is not Assites Assites . 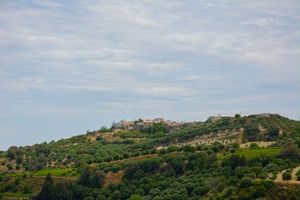 The Petrokefalo belongs to the municipality of Heraklion regional Unity according to the administrative division of Greece as modeled by the "Kallikratis" plan. Located at the 16th kilometer of the road to Agios Miron at an altitude of 340 metres.

For the first time the name of the village meets in notarial documents of the 13th century and subsequent of the Ducal archive of Chandax. Recorded with approximately the same present name (Petrokefalo or Petrokefala) in all censuses from 1577 until today. 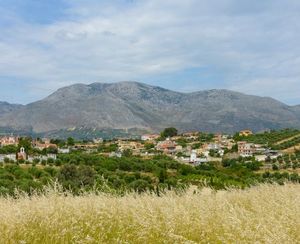 Ancient village in the Municipal District of the municipality of Heraklion after Kallikratikis, built at an altitude of 320 metres and at a distance of 17 kilometers from the city. To visit the village and follow the road towards Mesara, turns right at the fork after 4.2 kilometers in Voutes and new branching to the right also leads to Pentamodi.

For the first time mentioned in documents of notarial 1271. Often also appears in subsequent contracts. From these we learn that in 1348 was infantry fief and belonged to the lawyer and poet Stephen Sachliki he inherited from his father, which lived there until the end of his life, having guzzled all the other property. 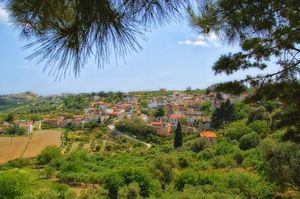 One kilometre south of Agios Miron is located the village of Pirgou at a distance of 20 kilometres from Heraklion and at an altitude of 400 meters above the road to Asites. The village''s location offers magnificent views towards the ''Koysaniotika'' mountains and the Eastern Mountain Psiloritis.

For the first time mentioned the name of a notarial document 1271 and thereafter in many documents and other notaries and of the Ducal file. Recorded and all the censuses held in Crete from 1577 until today.