History of the Municipality

The Municipality of Heraklion first operated in the beginning of 1900, after the liberation of our island from the Turks. The development of its services has been obstructed during the occupation; however, it presents a startling development, especially during the last 50 years, in servicing the needs of its citizens and visitors.

Since the beginning of the previous century, 25 Mayors have served this Municipality. The first elected Mayor was Mr Ioannis Vogiatzakis, who has been elected in 1916. The current Mayor, Mr Labrinos , took on duties in 2014.

The Loggia was an essential public building in every Venetian city, and this institution was not absent even from Venice's colonies. For Candia, Loggia is considered to be one of the most elegant architectural monuments of the Venetian period, a representative example of the palladian style. During the Venetian period, Loggia was the official meeting place of sovereigns and nobility where they discussed various topics concerning economic, commercial, and political matters. It was also used as a place where people passed their time, something like a combination of a chamber and a gentlemen's club. The Loggia we see today is the fourth one; others that were built before this were abandoned due to their position, or were made obsolete by time. 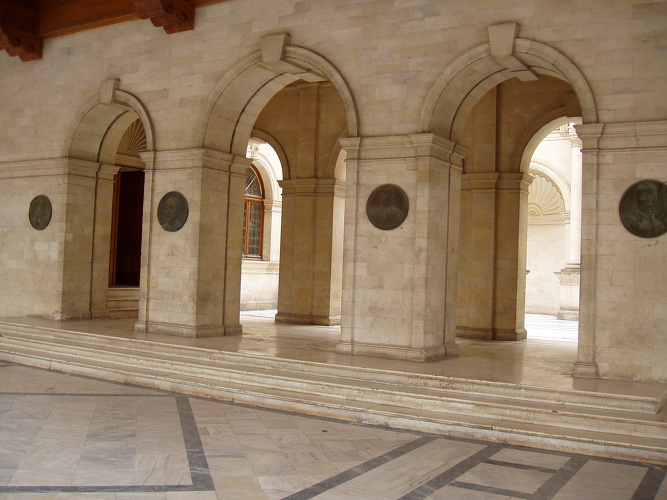